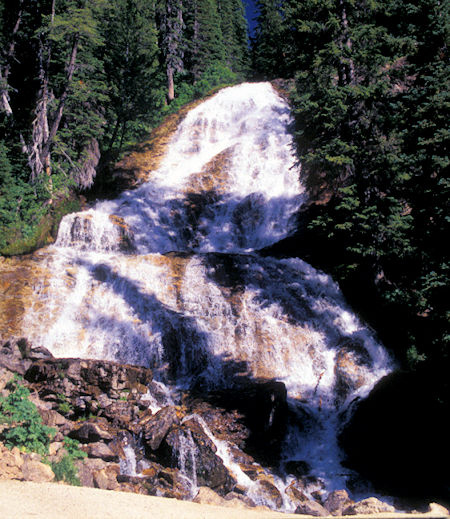 Continued east on Montana 38 past Skalkaho Falls - more of a tall cascade - over Skalkaho Pass. Drove on a side trip to Moose Lake on the north side of the Anaconda-Pintlar Wilderness. This is rolling mountain forest - not too interesting for hiking. Since the closest lake was a five mile hike in deep forest, I decided to move on. 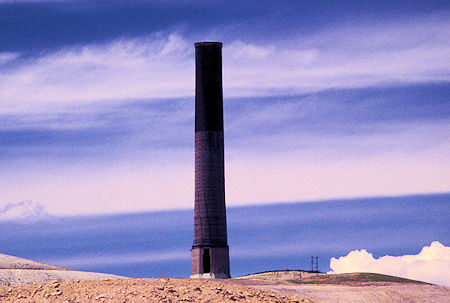 Continued east on Montana 38 and Montana 1 to Anaconda, MT which has many historic buildings and was a major copper smelter center for many years.

I didn't take time to check out the buildings - usually they are just old buildings - often in poor repair.

I did see the 585 foot tall brick chimney that is all that remains of Daly's smelter. It is one of the worlds tallest free standing brick structures.

It is a 12 acre State Park but surrounding private property prevents close access.

This Video from 2006 documents the history of the Anaconda Copper Mining Company started by Daly:

I turned south on Mill Creek Road and headed toward Montana 43.

Along the way I stopped at Mule Ranch Vista where you could see from a distance the buildings of a ranch where mules that worked in the mines were rested and restored to good health between mine tours by Dr. Henry Gardiner.

He also developed a special strain of Hampshire Sheep. The area is now a Montana State Wildlife Refuge.

I proceeded on Montana 43 to Wisdom, MT and on to the Grasshopper USFS campground near Elkhorn Hot Springs.

This took me through the Big Hole Valley with views of the Bitterroot Mountains. Lots of pretty country - I spent the day sort of just absorbing Montana.

I passed a Huntley Ranch which may be the ranch owned by Chet Huntley of NBC fame. Tom Brochaw also owns a ranch in the area I think.

It poured rain after I got to camp and it was cloudy and rainy today so I decided to take a layover day.

Awoke to a sunny day and continued north on USFS road 73 - designated as the Pioneer Mountains Scenic Byway PDF. It was - rolling forested hills with many large meadows with names like Moose Park and Mono Park - and views of 11,000 foot peaks to the east. 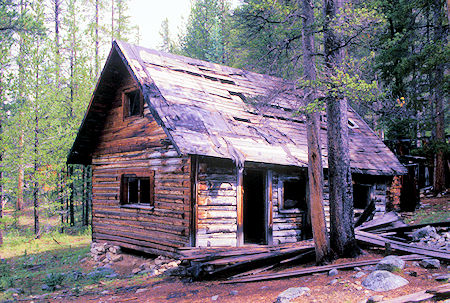 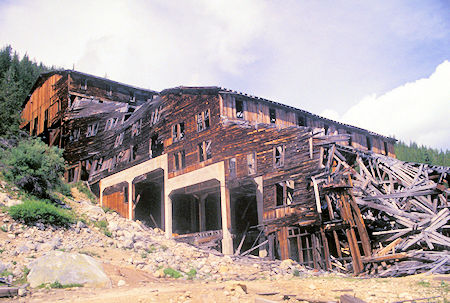 Stopped at the ghost town of Coolidge - named after the President - where the Idanha and Elkhorn Mines and a large mill had operated until about 1929.

Had a water system with fire hydrants. All the machinery is gone and most of the buildings have collapsed from age and snow but there is enough standing of both houses and the mill to make it interesting. (Note: As of 2013 the mill has been removed).

It's a 1/4 mile hike in from the road end and is now being protected as a National Historic Site.

Continued on the Pioneer Mountains Scenic Byway to Wise River, MT - then on via Montana 43, I 15 and I 90 to Deer Lodge, Montana.

I took the tour of the old Montana Prison which was in use up until 1979.

Lots of interesting history and structures. 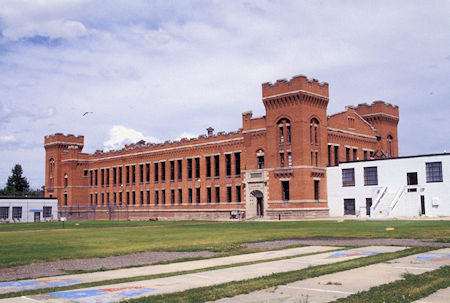 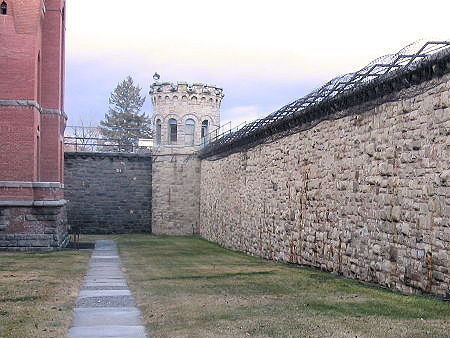 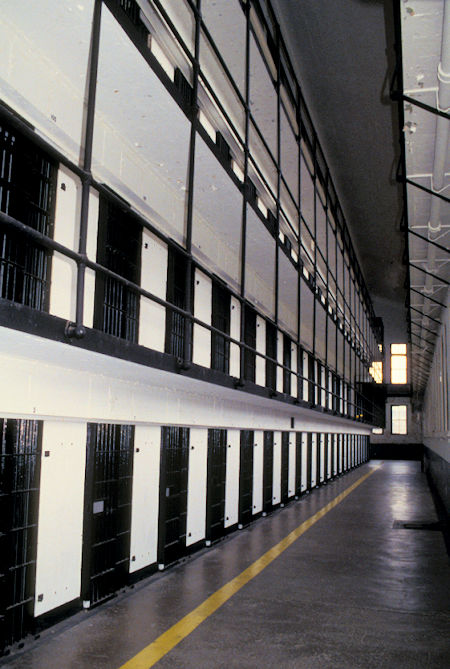 I did a small resupply in Deerlodge and then headed to the nearby Orofino USFS campground.