Continued east on US 12 over Lolo Pass. 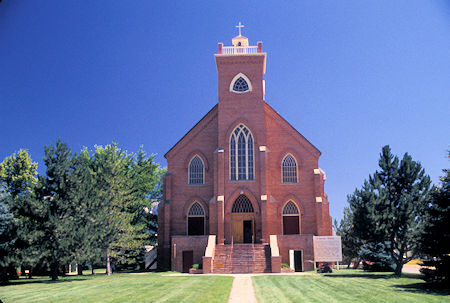 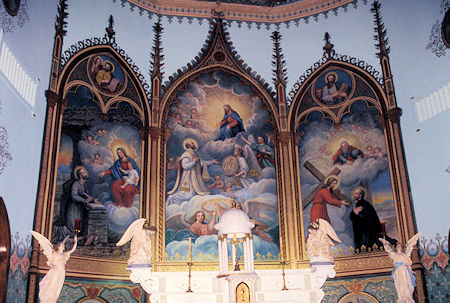 Talked to an interesting couple running the Lolo Pass Visitor Center - from Arizona.

Turned north on US 93 at Lolo, MT and drove on through Missoula, MT to St. Ignatius, MT on the Flathead Indian Reservation.

St. Ignatius Mission Chapel has some OUTSTANDING murals and is a National Historic Site. 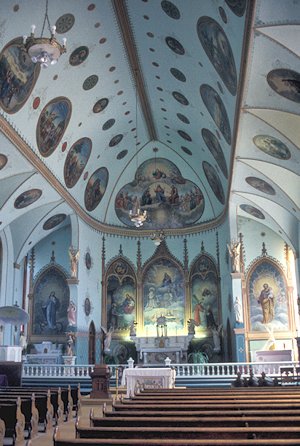 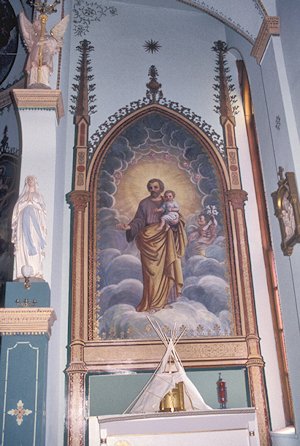 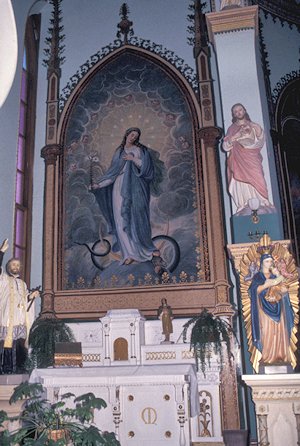 Then went to the nearby National Bison Range established in 1908 and took the long auto tour. 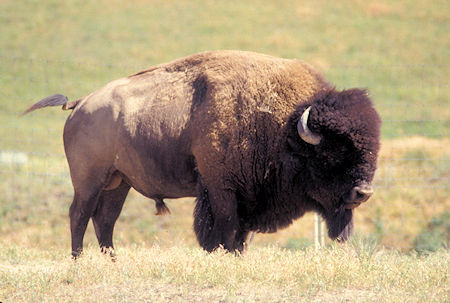 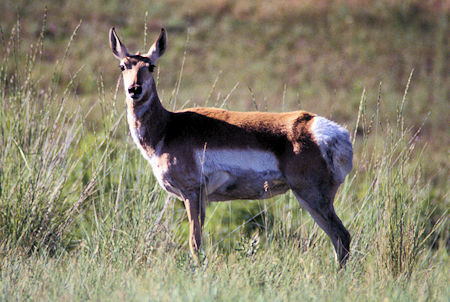 Saw and photographed some Bison, Pronghorn Antelope and Deer.

They didn't mind people so I was close enough to get some pretty good shots with my long lens (200mm to 800mm with 2x teleconverter).

Had to drive a ways to find a USFS campground.

Made a late camp at a USFS campground near Thompson Falls, MT. The drive along the Flathead River was impressive - a BIG river.

Backtracked along the pretty Flathead River and took Montana 135 south to Interstate 90.

Stopped in to visit the Nine Mile Canyon Remount and Ranger Station - a historic place. Still in use - is run as a 5000 acre mule and horse ranch to breed and train pack strings for USFS work.

In the early days supplied all the pack stock for fire fighting crews in the entire Rocky Mountain area. 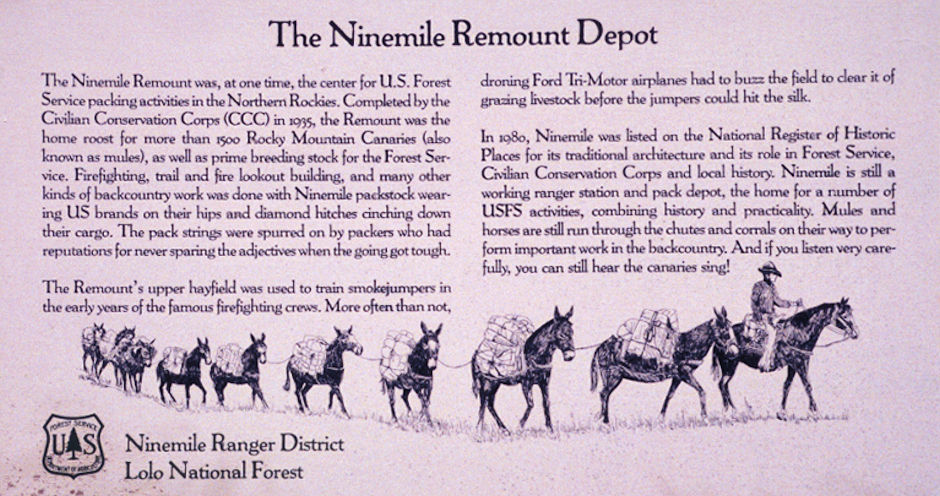 I think a pack outfit from this place participates in the Bishop Mule Days every year.

In the early 1900's they actually kept several strings of mules packed ready to go in the corral all the time (in case of a fire) - switching them off in shifts just like people. 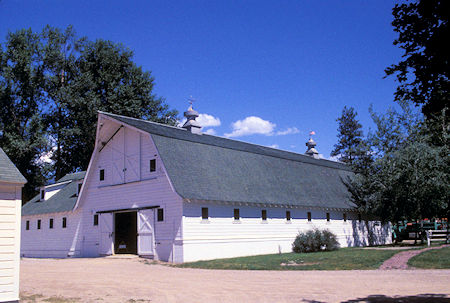 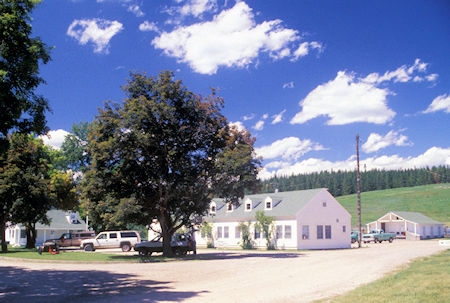 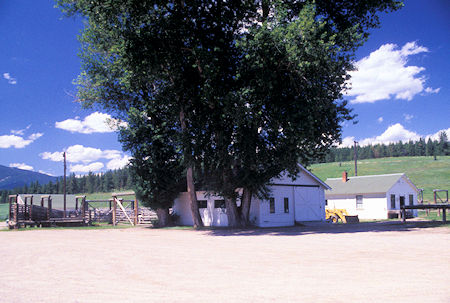 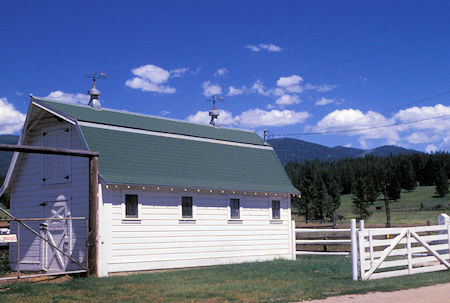 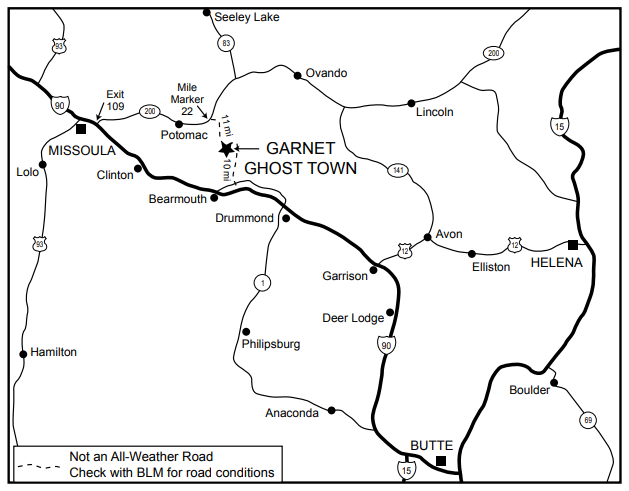 Returned to I 90 and continued east, then via Montana 200 and a gravel road went to the ghost town of Garnet, MT. Lots of pictures here. More information.

One thousand people called Garnet home in the 1890s as they scoured the mountains for gold.

Largely abandoned 20 years later when the gold ran out, today the town is well-preserved and offers a glimpse into the struggles of those early miners and homesteaders.

One of the best preserved old towns in the state.

A number of buildings in various stages of decay - somewhat like Bodie but not near as many buildings or as well preserved.

It's managed by BLM and a local Garnet Preservation Group. Gets quite a few visitors. A few privately owned in holdings. 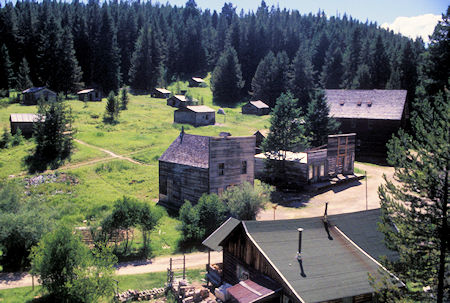 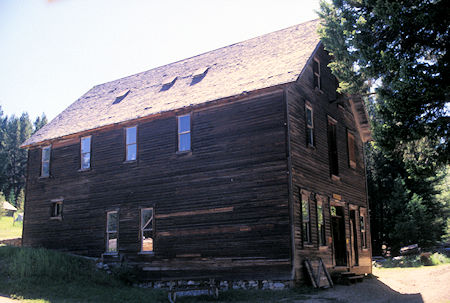 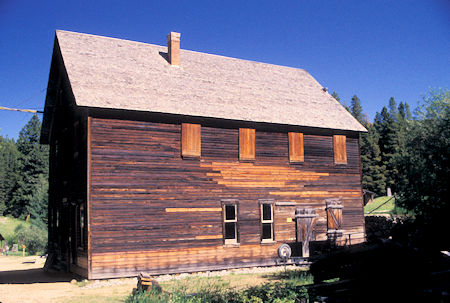 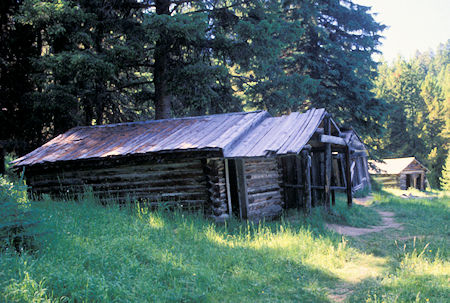 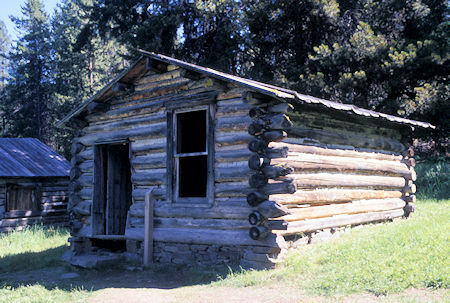 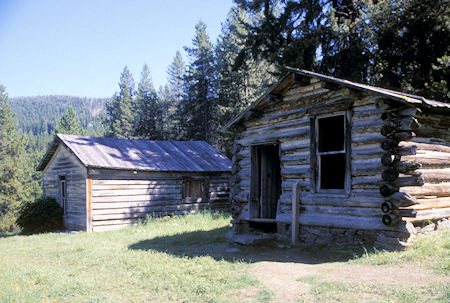 Headed back to Missoula to get a motel. 'Twas a little late in the day and no vacancies except the Bridal Suite at one and the VIP Suite at another so drove on to Lolo, MT where I got the last available single with a non-functioning air conditioner - but it's not that hot - actually pleasant cool breeze.