On August 7, 1997, this was an interesting drive into a rugged and scenic valley with some snow on the peaks.

A vast part of this area had been burned recently - more recent than the Yellowstone fire I think.

It also has an area of many Ranchettes with quite a few pretty large and expensive looking houses.

The road was also interesting. It started out paved, then turned to dirt. In the area of the Ranchettes it was POTHOLE CITY - almost the worst road I'd been on the entire trip - and surprising considering the money evidenced by the homes.

At the Forest Service boundary it became paved two lane for a number of miles and then turned to rocky gravel (but no potholes).

At the end is a private community called Alpine with a number of homes on small lots similar to Sunny Slopes. Sign said it had been private land since 1894.

Some new houses were going up - may have been replacements for ones lost in the fire. Fortunately the houses are surrounded mostly by a large meadow so all were not destroyed by the fire.

The campground is in the trees but they managed to save it - the fire burned right up to the edge of the campground. Very pretty area. 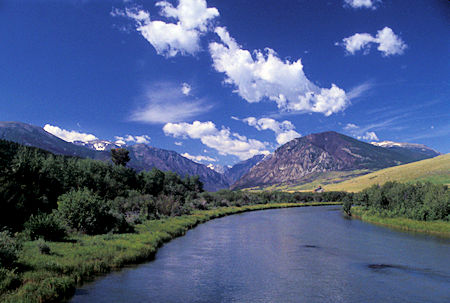 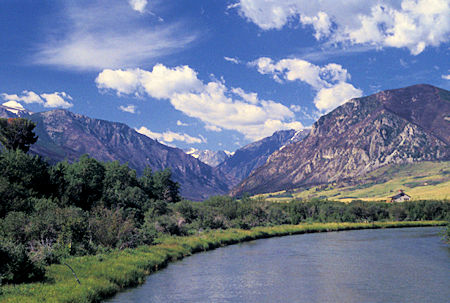 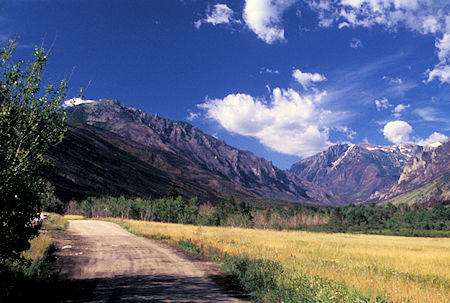 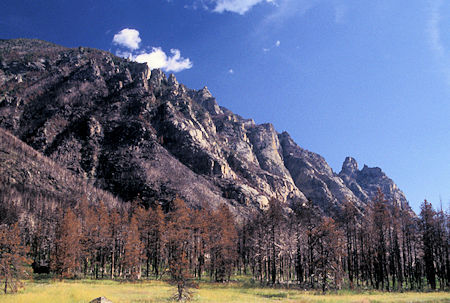 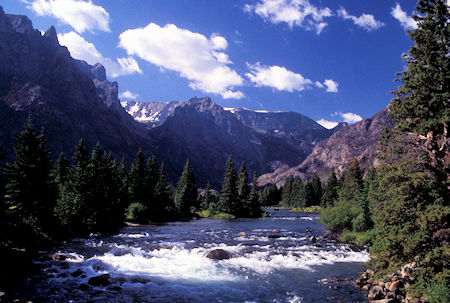 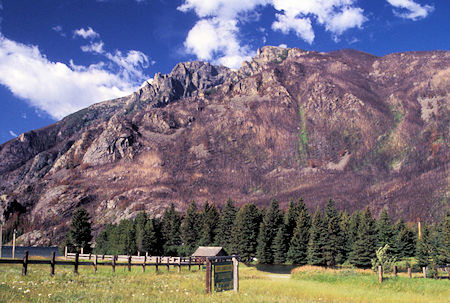 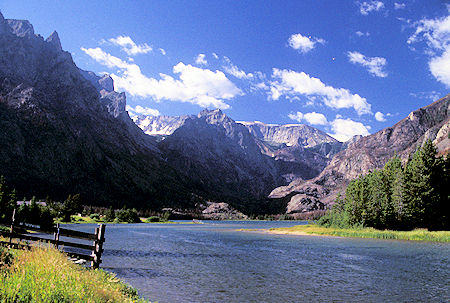