Who Is Mountain Mouse

My name is Don M. Deck. The nickname "Mountain Mouse" was given to me early in the 1960's by "Dutch" Meyer, a friend who went on many backpacking trips with me and Explorer Post 360. Explorer Post 360 was called "The Mountaineers" and provided a backpacking, rock climbing and snowshoeing program for High School age boys in the Fletcher Hills area of LaMesa, California near San Diego. I was the adult leader for ten years.

I am a life member of the American Alpine Club and the Sierra Club. I have extensively backpacked and climbed in the Sierra Nevada of California since 1958. See my trip list and peak list.

Space Shuttle View of where I live

I was able to move to the Eastern Sierra in 1974 and lived in Lone Pine, in the shadow of Mt. Whitney (highest peak in the lower 48 states), for almost twenty years.

I retired from the County of Inyo in 1993 and moved in 1994 to the Sunny Slopes area near Toms Place in Mono County ... about half way between Bishop and Mammoth Lakes ... where I presently live.

The sunset in the page banner was photographed from Owens Gorge Road near my home on August 17, 2001.

This website was created to showcase my large collection of pictures taken during over 40 years of wilderness travel. I hope you enjoy them. 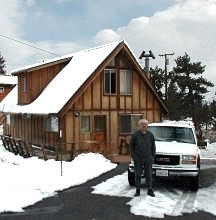 Information About This Site

To view a text identification of each picture, place your mouse cursor over the picture. Pictures on these pages taken prior to 2000 are scanned from my own color slides using a Nikon Coolscan III or IV film scanner or from prints using a Hewlett Packard or Canon flat bed scanner.

Starting in 2000 I switched to digital cameras, first a Nikon Coolpix 990, then Nikon DH1, then Nikon DH2h, and currently Nikon D3. The various "panorama" pictures were created by stitching together multiple pictures forming a panorama using several "stitching" programs.

Pictures and illustrations that are not my own are borrowed from government sites or brochures or other public domain sources unless otherwise indicated.

About Links In The Text

To help in planning your own trip or just for additional information, I have included links in the text to other Internet sites where you can find out more about that place ... just click on the link. For example, many towns have links to a home page for that town. National Parks and National Forests have links to their home pages. This makes it easier for you to get more information if you want to visit that place. There are also some more general links listed on the Links page. If a link doesn't work for you, let me know so I can fix it.

Here are some winter pictures of my house in January 2006 and January 2008. 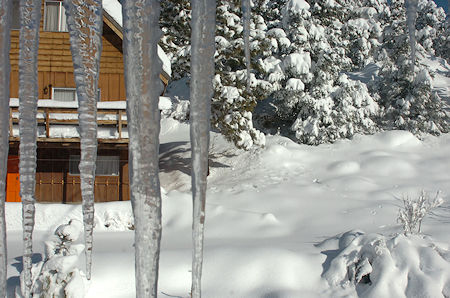 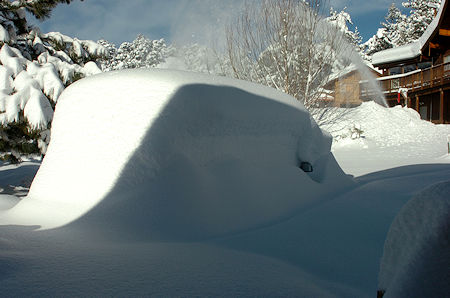 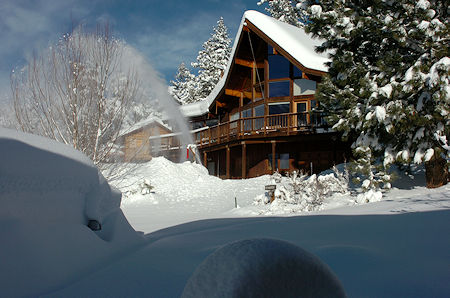 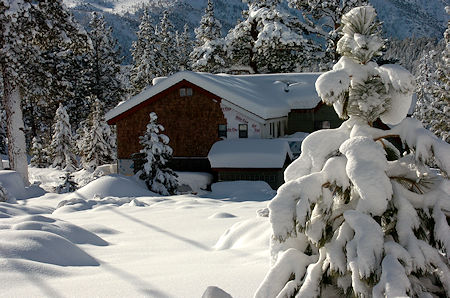 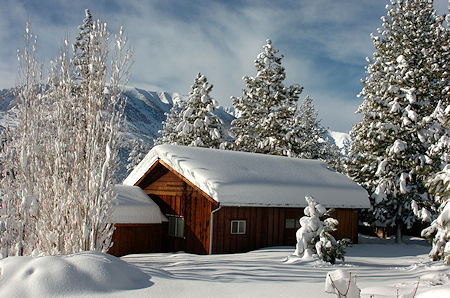 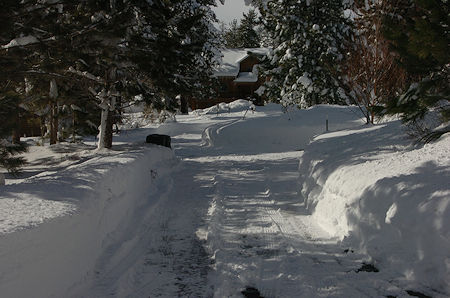 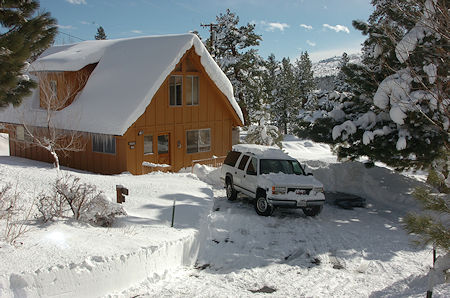 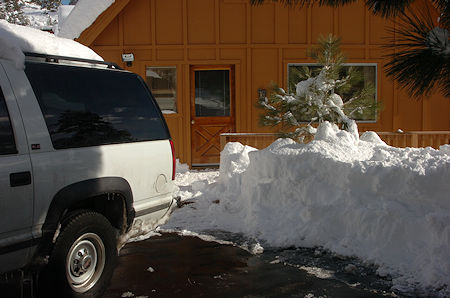